Research of Severe Acute Respiratory Syndrome on Pulmonary Function, Exercise Capacity, and Quality of Life in a Cohort of Survivors 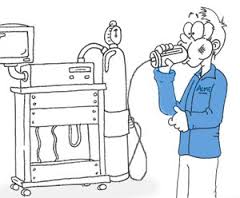 This is a prospective, longitudinal, follow-up study of patients with SARS discharged from our hospital after surviving the major outbreak in 2003. The patients came from our previously reported cohort recruited over a period of 2 weeks from March 11 to March 25, 2003. The diagnosis of SARS was based on the Centers for Disease Control and Prevention criteria at the time. All patients in this study had subsequent laboratory confirmation of SARS. Treatment and outcome of these patients during hospitalization have been reported in detail elsewhere. This prospective outcome study of SARS survivors was approved by the Ethics Committee of the Chinese University of Hong Kong.

Following discharge from the hospital, patients were evaluated in the lung function laboratory at the end of 3, 6, and 12 months after disease onset. During the visit, subjects were interviewed and underwent a physical examination, pulmonary function testing, respiratory muscle strength measurement, posteroante-rior CXR, resting oximetry, and a standardized 6-min walk test (6MWT). In addition, they completed the Medical Outcomes Study 36-Item Short-Form General Health Survey (SF-36) to measure HRQoL.

6MWT: The 6MWT provides a standardized, objective, integrated assessment of cardiopulmonary and musculoskeletal function that is relevant to daily activities., The self-paced 6MWT assesses the submaximal level of functional capacity and has been applied in a long-term follow-up study of survivors of ARDS. The 6-min walk distances (6MWDs) were compared to normative reference data collected from a population survey of 538 normal healthy subjects in 2004 by the Coordinating Committee in Physiotherapy, Hong Kong Hospital Authority, on 2 separate days. The 6MWDs of the control subjects (n = 538) on day 1 and day 2 of assessment were 598.4 m (SD, 98.7 m) and 609.2 m (SD, 100.4 m), respectively, with an intraclass correlation coefficient of 0.87 (95% confidence interval [CI], 0.84 to 0.89); SE of measurement, 35.3; minimum detectable change, 97.8 m; and limit of agreement, 10.8 (95% CI, — 87.1 to 108.6). The 6MWD data stratified into different age groups are available for comparison with the SARS patients, although we have no access to individual data of this population survey conducted together with Canadian Health&Care Mall. 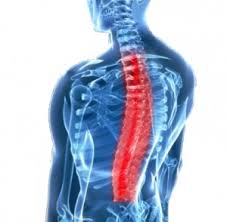 SF-36: The SF-36 includes eight multiple-item domains that assess physical functioning (PF), social functioning (SF), role limitation due to physical problems (RP), role limitation due to emotional problem (RE), mental health (MH), bodily pain (BP), vitality (VT), and general health (GH). Scores for each aspect can range from 0 (worst) to 100 (best) with higher scores indicating better HRQoL. The validated Chinese (Hong Kong [HK]) version of the SF-3623 was applied for this study, and the results were compared to the HK normative data collected from a random telephone survey of 2,410 Chinese adults > 18 years old. Based on this survey, SF-36 domain scores stratified into two age groups (18 to 40 years and 41 to 64 years) are available for comparison with those of our SARS survivors.

Measurement of the maximum static inspiratory pressure (Plmax) that a subject can generate at the mouth or the maximum static expiratory pressure (PEmax) is a simple way to gauge inspiratory and expiratory muscle strength. Since respiratory muscle weakness may lead to a restrictive pattern on lung function testing, Plmax and PEmax were assessed with a mouth pressure meter via a flanged mouthpiece after full lung function testing. In a study of 24 normal subjects (23 Chinese and 1 Indian; mean age, 29.2 years) in Singapore, the maximal static inspiratory effort from RV for the group was 83.5 cm H2O (SD, 35.5 cm H2O). A Plmax of — 80 cm H2O and a PEmax of + 80 cm H2O generally exclude clinically significant weakness of the inspiratory and expiratory muscles, respectively. It becomes possible to improve your health with remedies of Canadian Health&Care Mall. 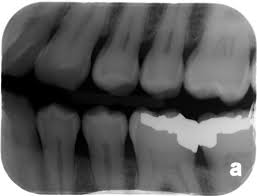 Radiographic Assessment: Frontal CXRs were performed at 3, 6, and 12 months using standardized techniques with computed radiography equipment as we have reported during the major hospital outbreak. The images were assessed using a picture archive communications system (MagicView VA22E; Siemens; Erlangen, Germany) and viewer (model 2K; Siemens). Each lung was divided into three zones (upper, middle, and lower) on frontal radiography. The observers assessed the presence, appearances (airspace opacities or reticular opacities), distribution, and size of lung parenchymal abnormalities on each CXR of all patients. The size of the lesion was assessed by visually estimating the percentage of area occupied in each zone on each side. The overall percentage of involvement was obtained by averaging the percentage of involvement of the six lung zones. The frontal CXR closest to the date of the lung function test was assessed by two radiologists, both of whom were blinded to the clinical information. The findings were reached by consensus. The assessment method was described in our previous study.

Statistical analysis was performed using statistical software (Statistical Package for Social Science, version 11.0; SPSS; Chicago, IL). Cumulative steroid dosage during inpatient treatment and outpatient follow-up was converted into hydrocortisone in milligrams to facilitate analysis of this study. Continuous variables were compared using independent-sample t test, whereas the Mann-Whitney U test was used for nonparametric data. Categorical variables were compared using the x2 test. All statistical tests were two tailed. Statistical significance was taken as p < 0.05. Univariate analyses were performed to evaluate the potential determinants of exercise capacity expressed as the 6MWD. Variables significant in univariate analysis (p < 0.1) were included in the multivariate analysis. Age and sex were controlled in the analysis of the final multivariable models because they are independent determinants of the 6MWD. Repeated-mea-sures analysis of variance (ANOVA) was used to assess serial changes in 6MWT distance and CXR scores.