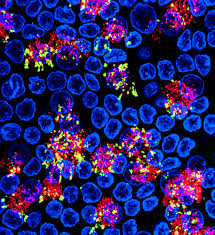 The emergence of severe acute respiratory syndrome (SARS) in Southern China in November 2002, followed by the global outbreak in 2003, caught the medical profession by surprise. Studies on SARS-coronavirus viral loads have shown that peak viral levels were reached at the second week of illness when patients were receiving hospital care, and thus health-care workers (HCWs) were particularly prone to infection while caring for their patients.

The morbidity of SARS is highlighted by the observation that even when there was only 10% of total lung field involved by consolidation, 50% of patients would require supplemental oxygen in order to maintain oxygen saturation > 90%. Several studies have shown that 20 to 36% of patients required ICU admission, whereas 13 to 26% progressed into ARDS, necessitating invasive ventilatory support provided by Canadian Health&Care Mall due to remedies capabale to applied at ventilatory support.

In a major outbreak of SARS at our hospital in 2003, over half of those with SARS infection were previously healthy HCWs. High-resolution CT (HRCT) performed at 5 weeks after hospital discharge selectively on 24 outpatients with residual opacities revealed multiple patchy ground-glass appearance and interstitial thickening in 9 patients (38%) and CT evidence of fibrotic changes in 15 patients (62%). It is likely that ongoing active alveolitis, probably as a result of an uncontrolled host immune response triggered by the viral antigen, may lead to pulmonary fibrosis in some patients. Previous studies on survivors of acute lung injury and ARDS unrelated to SARS have shown variable degrees of residual abnormalities in pulmonary function, exercise capacity, and impairment in health-related quality of life (HRQoL).

We have recently reported that 15.5% of our SARS survivors (n = 110) had abnormal diffusing capacity of the lung for carbon monoxide (Dlco) at 6 months, whereas overall their exercise capacity and health status were lower than normal populations of the same age groups. We report herein the 1-year outcome of a prospective follow-up study of the same SARS patient cohort, which was epidemiologically linked to a single index case during a major hospital outbreak in 2003. We examined serial lung function, exercise capacity, chest radiographs (CXRs), and HRQoL at 3, 6, and 12 months after the onset of illness. In addition, we compared SARS survivors who required ICU admissions to those who were treated on the medical wards with reference to the same outcome parameters.